September 11, 1920
'The Bega Budget'
* The Towamba people have decided to erect a monument in memory of their fallen soldiers.

September 11, 1920
'The Southern Record and Advertiser'
* The Towamba Soldiers' Memorial Committee wrote stating that to construct the monument of the design submitted by the War Memorial Board would require about twice the funds at the disposal of the Committee, and asking the Council to urge the Board to allow the local Committee to revert to their original design, or a slight modification of same. Council agreed to urge that the local Committee's view be acceded to.

November 28, 1925
'The Southern Record and Advertiser'
* Towamba had a big day on Saturday, the occasion being the unveiling of a soldiers' memorial there by Senator Cox. The memorial is a polished granite monument, erected by Messrs Ziegler & Sons, and is inscribed with about forty names of men who served in the great war, six of whom, made the supreme sacrifice. The total cost of the memorial was Ł168, on which there was a debt of Ł40. This was reduced by Ł27/13 at the unveiling. Senator Cox also presented war medals to the parents and relatives of the fallen.

'The Bombala Times'
December 4 , 1925
* The soldiers' memorial which was unveiled at Towamba last week was erected by Messrs. Zeigler and Sons, of Bega. It was made of polished granite, and was said by those who saw it to be a fine piece of work. 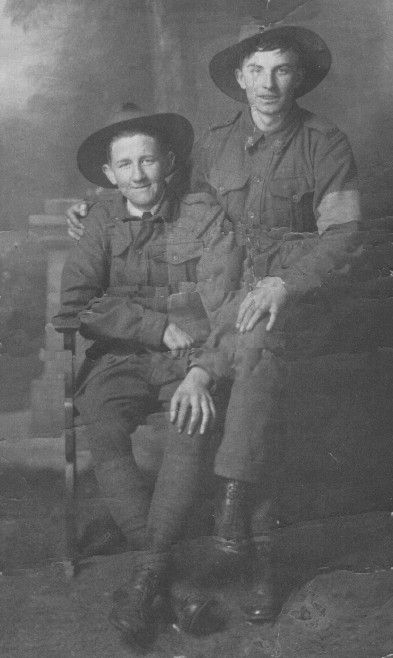 This legend refers to the information below supplied by Bernie Cornell.

Please note that this plaque is on the back of the Wyndham Soldiers War Memorial in Wyndham.

"GOD SAVE THE KING."